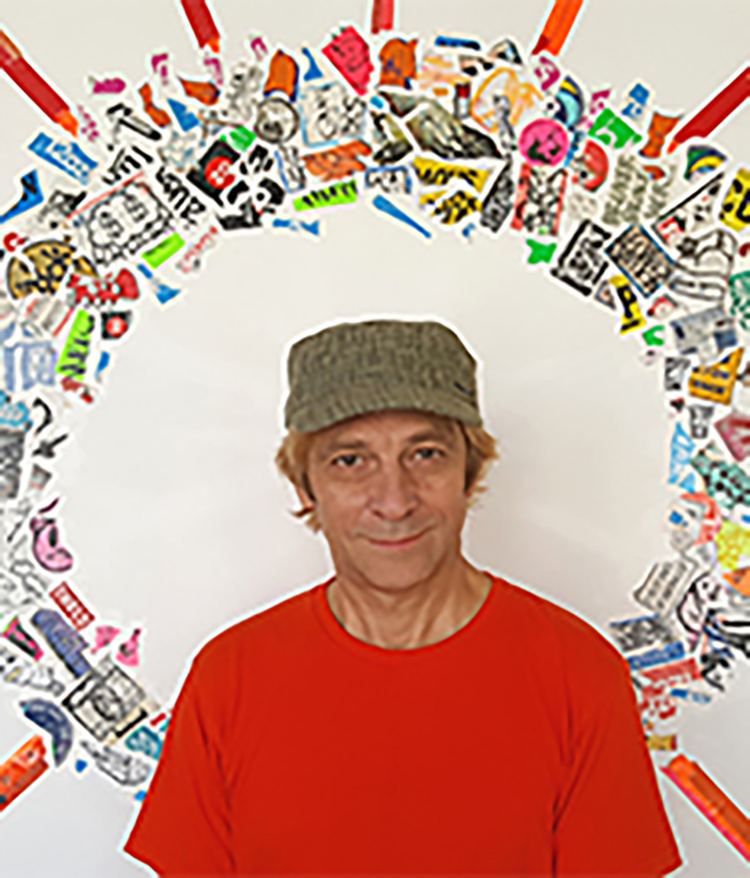 Among other group shows, Zippel participated in two exhibitions in Brooklyn, curated or co-organized by Kyoko Sato. He was also featured in the recently published, 101 Contemporary Artists (2016 Artvoices Art Books, CA).

Born in Romania in 1960 to German parents, his family moved to Germany when the dictator Nicolae Ceau?escu took political power in 1964. He studied graphic design at the University of Mannheim, Germany (1981-84, and 1986-88, BFA). In 1984 he received a Fulbright Scholarship, moved to the US and spent an academic year at the University of Texas at Austin (1984-85), where he was also the art director for the official University of Texas student publication, UTMOST MAGAZINE. From1985 to 86, Zippel worked in NYC as a graphic designer and studied computer graphics at New York Institute of Technology. He returned then to Germany and continued with his post-graduate studies at the Institute for New Media at the Staedel Art Academy in Frankfurt, Germany (1993-94). He lived in Italy from 1994 to 96, until eventually settling again in NYC in 1996. He assisted photographer Nan Goldin from 1997 to 99. Currently he maintains studios in New York and Berlin.

Zippel continues to present new works from the series “Devandalizing” (2011- present), which are simultaneously paintings, conceptual art, and collages, for the audience of the New York Standard Gallery. In these works, he uses stickers collected from the streets of New York, Detroit, Las Vegas, Quebec, Montreal, Havana, Berlin, Palermo, Catania, Naples, Rome, Florence, Milan, and many more. It is important to note that all his DEVANDALIZING artworks are done with original stickers collected from these cities, and are therefore, absolutely unique. 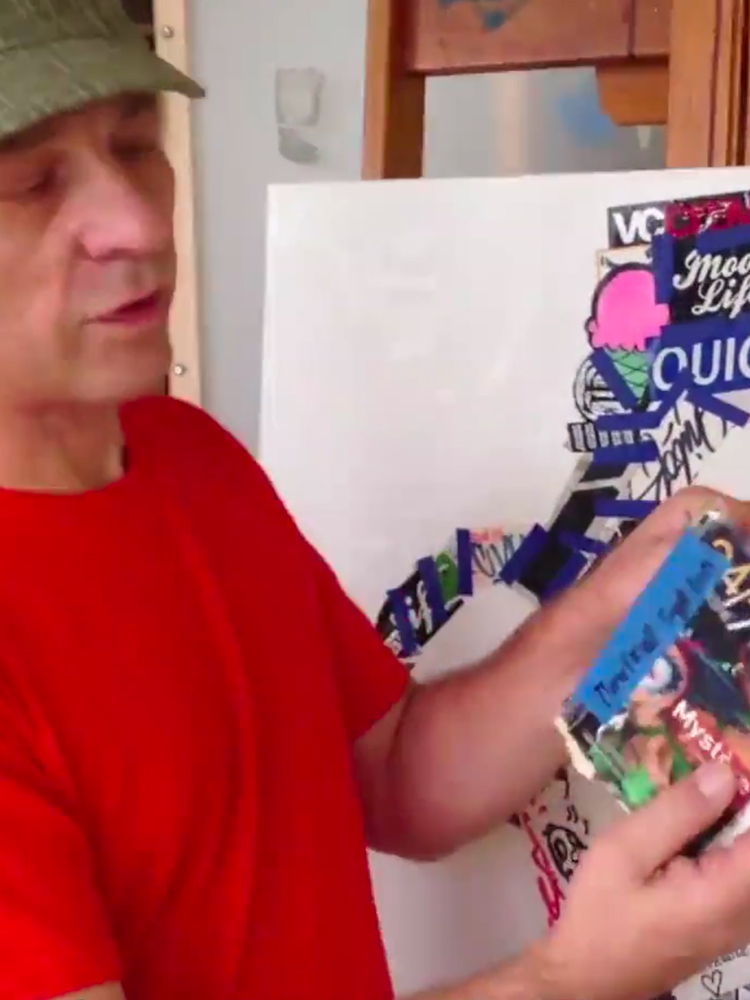 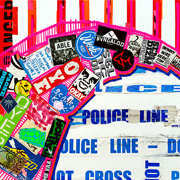 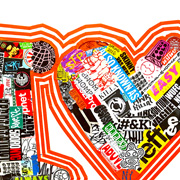 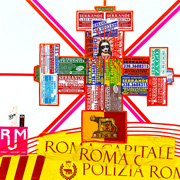 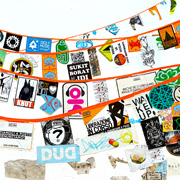 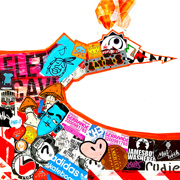 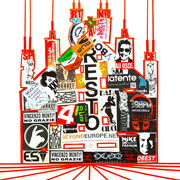 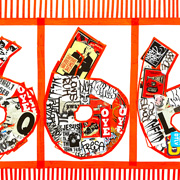 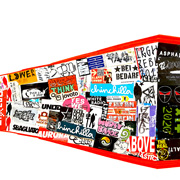 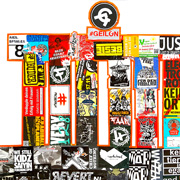 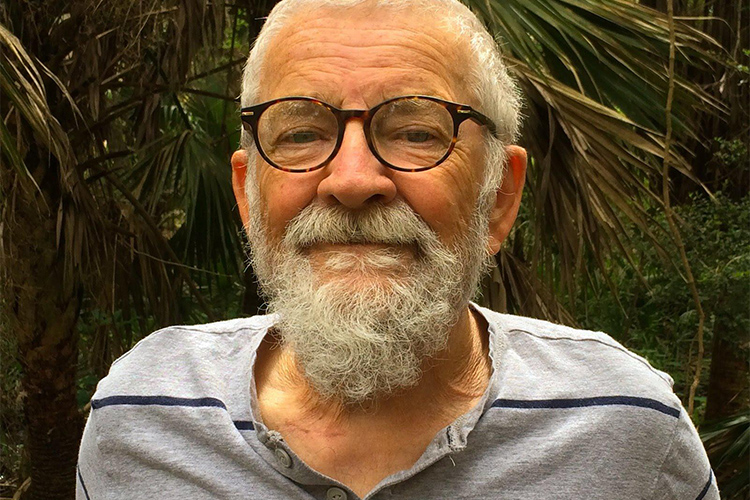 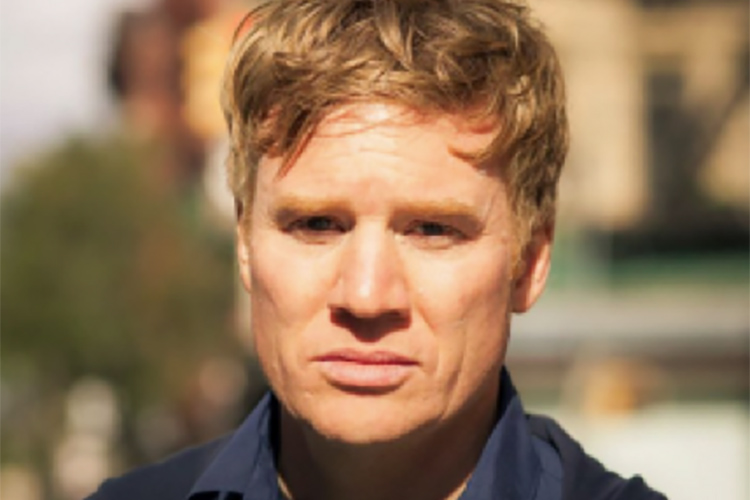 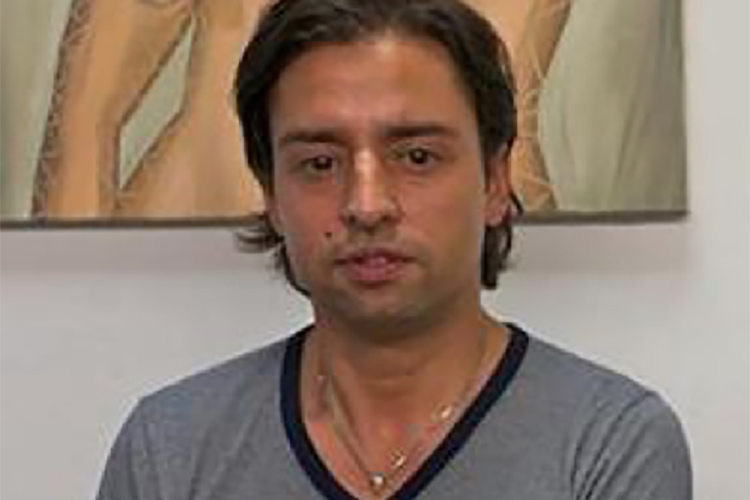 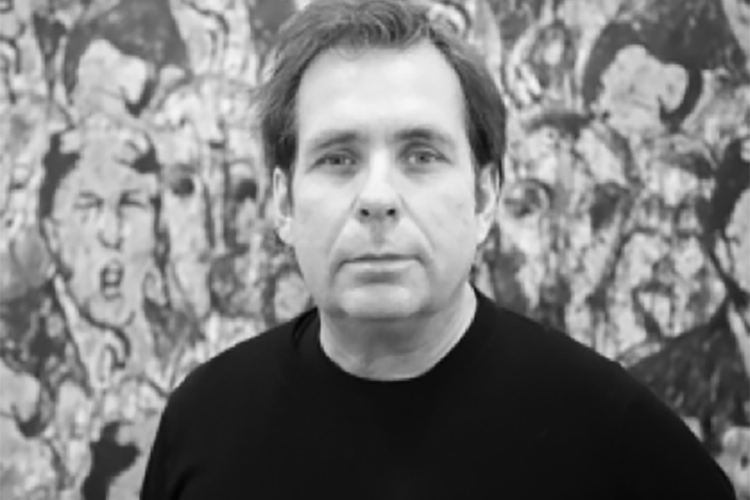 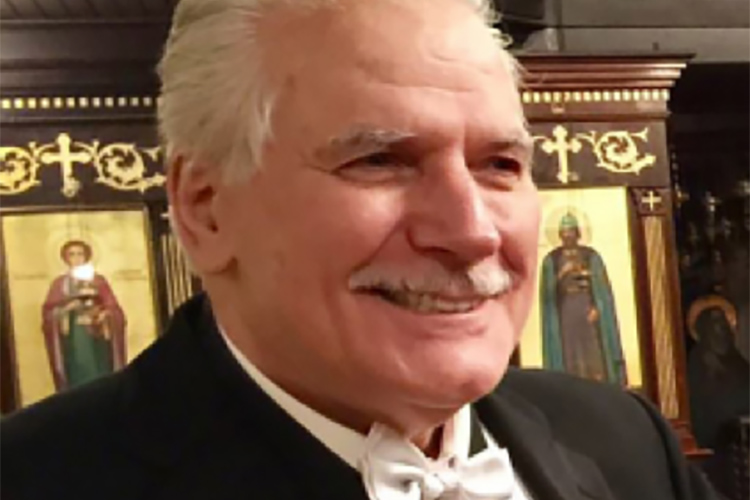 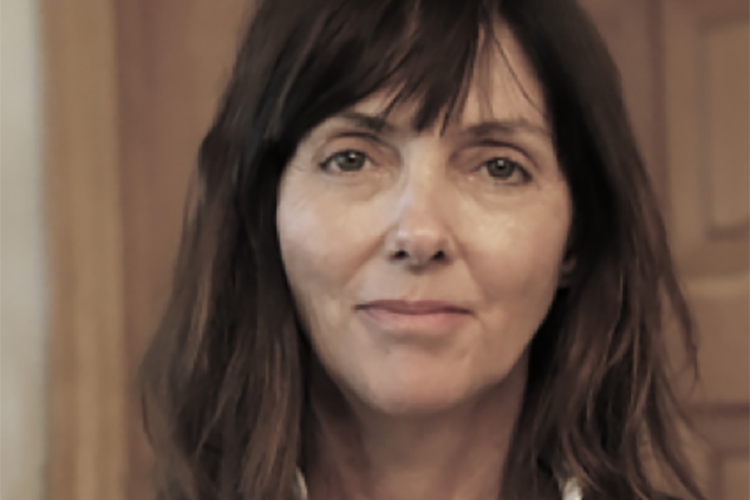 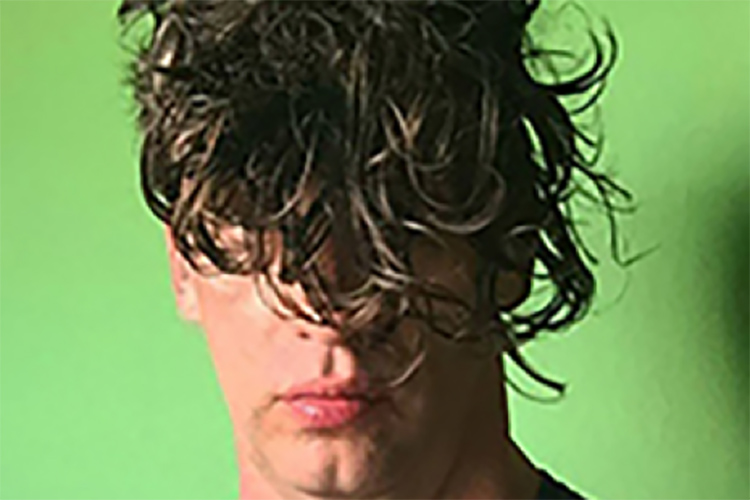 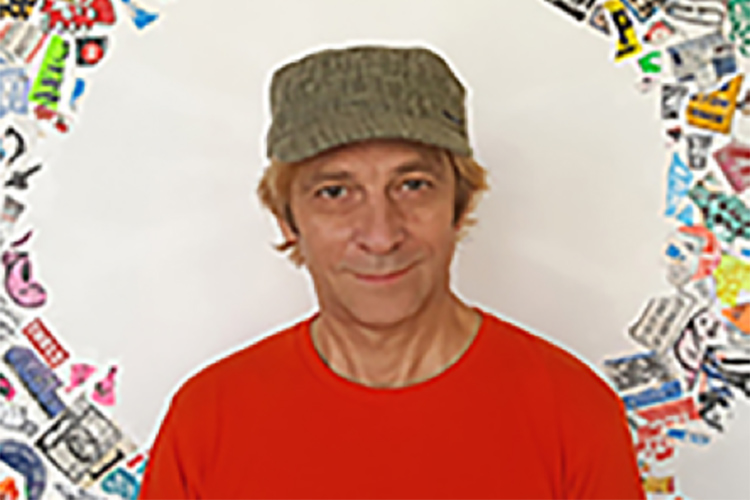 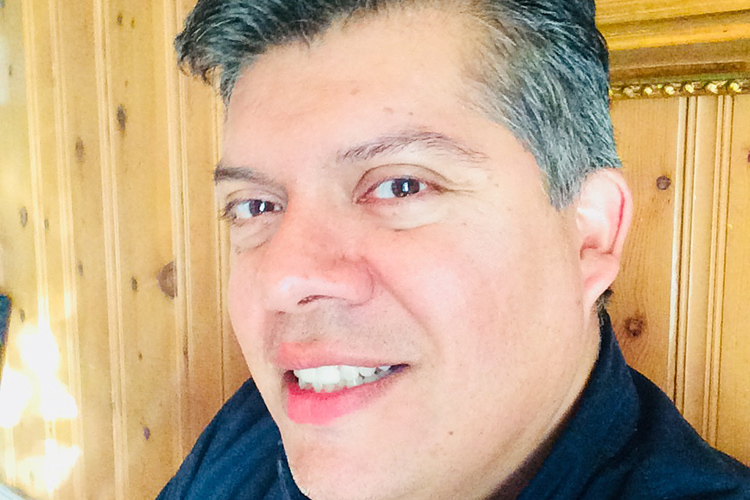 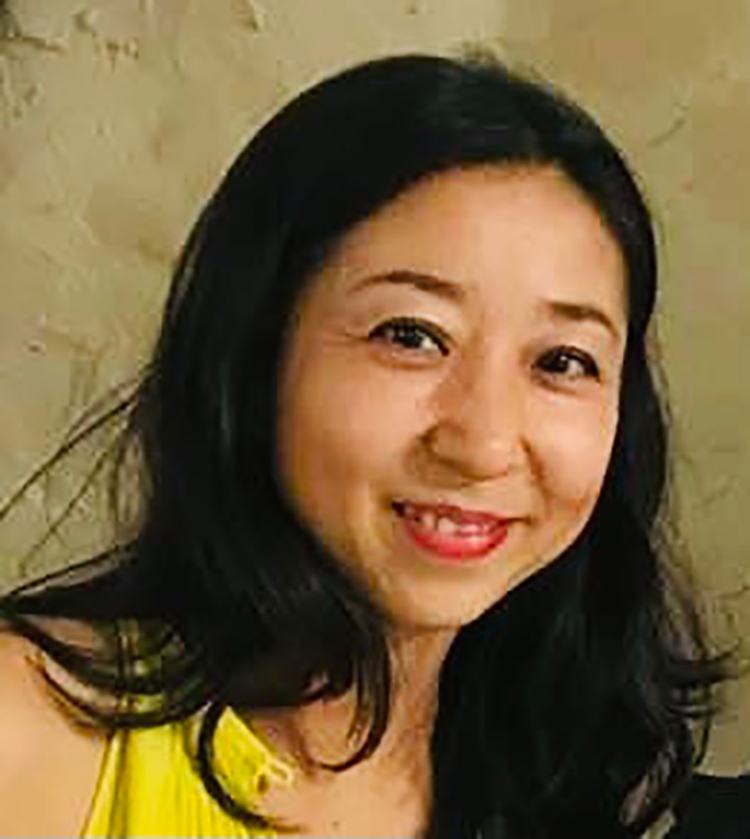 Kyoko Sato is a Japanese independent curator based in New York. Kyoko began career as curator after moving to the US in 2002. She proposed the theme and coordinated the exhibition “Ancient Egyptian Queens and Goddesses: Treasures from The Metropolitan Museum of Art, New York” held in Tokyo and Kobe, Japan in 2014.

As curator for contemporary art shows, Kyoko has participated in Waterfall Mansion & Gallery, located in the Upper East Side of Manhattan and a public art video project series in Dumbo, Brooklyn.

She also held two exhibitions about the Great East Japan Earthquake in 2011 and 2016. Kyoko was responsible for press photo installations as well as the introduction of four photographers who relocated to the Tohoku region to document the lives of people living post-disaster.

Kyoko has previously produced and directed exhibitions and fashion shows for the NHK Group, a public television network in Japan. She received a Bachelor of Arts in art history from Waseda University in Tokyo Japan in 1995. The theme of her graduate thesis was on Jackson Pollock. 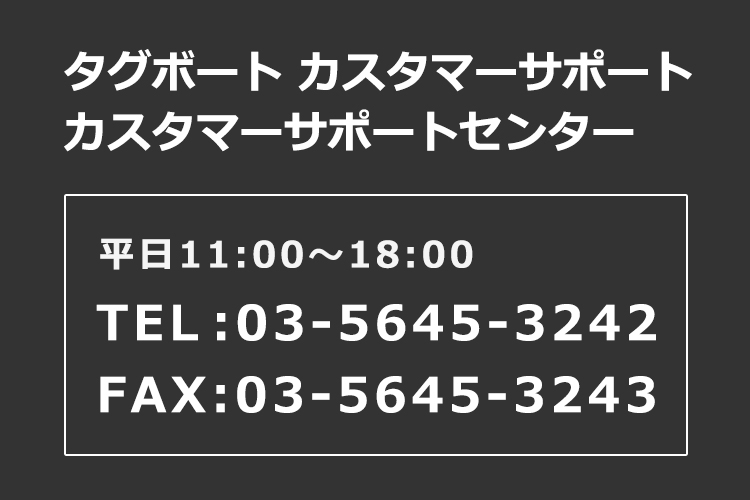